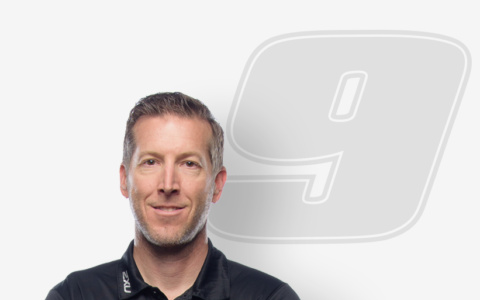 2020 NASCAR Cup Series champion crew chief Alan Gustafson is back for his 19th season with Hendrick Motorsports, pairing up with five-time most popular driver Chase Elliott on the No. 9 program for the eighth year. Over their first seven seasons together, the duo amassed 18 points-paying victories, a series title and an All-Star Race victory. Gustafson is currently the second-winningest active crew chief in the Cup Series with 38 victories.

Growing up down the road from historic Daytona International Speedway, Gustafson developed a passion for auto racing at a young age. At 8 years old, he began turning wrenches on the go-karts of childhood friend Casey Yunick, the grandson of legendary car builder Smokey Yunick. As a mechanic, Gustafson moved quickly through the legend cars, late model and Sports Car Club of America ranks.

After graduating from Seabreeze High School in Daytona Beach, Florida, Gustafson enrolled at nearby Embry-Riddle Aeronautical University to study mechanical engineering. During his college career, he was faced with a life-altering decision: finish his courses or relocate to North Carolina to pursue his dream of working in motor sports. Gustafson chose the latter.

After arriving in North Carolina in 1996, Gustafson teamed with driver Jimmy Foster to co-own a Goody's Dash Series team. He called the shots as both crew chief and engineer as the duo finished sixth in the standings. Gustafson then became a first-time NASCAR crew chief in 1997 after joining Addington Racing’s NASCAR CRAFTSMAN Truck Series team and transitioned the following season to the NASCAR Xfinity Series as an engineer for Diamond Ridge Motorsports.

Gustafson's big break came in 1999 after leasing space from champion crew chief Gary DeHart, who saw promise in the young Floridian and offered him a chance to work in the chassis department of Hendrick Motorsports, one of NASCAR’s top operations. After quickly proving himself, Gustafson joined the DeHart-led No. 5 Hendrick Motorsports team in 2000 as shock specialist for two-time champion driver and NASCAR Hall of Famer Terry Labonte. His hard work again paid off in 2002 when he was promoted to the No. 5 team’s lead engineer, a position he held for three seasons under crew chief Jim Long.

Before the start of the 2005 season, Gustafson was named crew chief for the No. 5 Chevrolet with rookie driver Kyle Busch. That year, he earned his first two NASCAR Cup Series victories as a crew chief – first at Fontana, California, and then at Phoenix Raceway – as Busch captured rookie of the year honors. Gustafson spent 2006 and 2007 at the helm for Busch, winning at least one race each year and appearing in the Cup Series playoffs both seasons.

After a 2008 stint leading driver Casey Mears in the No. 5 Chevrolet, Gustafson was given the opportunity to work with another NASCAR Hall of Famer, legend Mark Martin, who also happened to be his childhood hero. In 2009, the crew chief posted the best season of his career, finishing second in championship points after five wins with the talented Martin. The duo earned five victories, 21 top-five finishes, 32 top-10s, eight pole positions and 953 laps led in two seasons together.

At the end of 2010, Gustafson was named crew chief of the iconic No. 24 Chevrolet driven by another NASCAR legend, four-time NASCAR Cup Series champion Jeff Gordon. In five seasons, he coached Gordon to several milestones, including the driver’s 85th Cup victory and first Homestead-Miami Speedway win.

In 2014, Gustafson led Gordon to four wins, including the driver’s record fifth at Indianapolis Motor Speedway, and Hendrick Motorsports’ milestone 200th pole position. The No. 24 team’s 23 top-10 finishes that year rank as a career best for Gustafson. In his final full-time season in 2015, Gordon was in the title hunt until the final race at Homestead-Miami. He and Gustafson ultimately finished third, just five points back, with one win, five top-five finishes, 21 top-10s and four poles. All told, the pair scored 11 wins, 51 top-five finishes and 97 top-10s in five seasons.

Gustafson embarked on another year of change in 2016. The veteran crew chief led rising star Elliott to the most successful rookie season in the past decade with 10 top-five finishes and 17 top-10s at NASCAR’s highest level. The duo started the season with a bang by capturing the DAYTONA 500 pole award, and their momentum continued to the end of the year with the No. 24 team earning a spot in the Cup Series playoffs and a 10th-place finish in the championship standings. Elliott earned 2016 rookie of the year honors while Gustafson became the first two-time winner of MOOG’s Problem Solver of the Year award, which recognizes the best overall performance by a crew chief in the Cup Series.

Gustafson and Elliott began the 2017 by earning the pole position for the DAYTONA 500 for the second consecutive season. The team continued its strong run and bested the previous year’s results by collecting 12 top-five finishes, 21 top-10s and ultimately advancing to the Round of 8 in the Cup Series playoffs.

The dynamic duo of Gustafson and Elliott hit their stride in 2018 with three victories including Watkins Glen International, which marked the first career win for Elliott and the milestone 250th for Hendrick Motorsports. The team’s season included 10 top-five finishes, 20 top-10s and one pole award at Daytona in July. It advanced to the Round of 8 in the playoffs before ultimately finishing sixth in points.

The pair continued the momentum into 2019 by collecting three victories including both Gustafson and Elliott’s first Cup Series superspeedway win at Talladega Superspeedway in April. They also recorded 11 top-five finishes, 15 top-10s, four pole awards and 601 laps led. The team secured a spot in the playoffs for the fourth consecutive season and advanced to the Round of 8 for the third straight year.

Gustafson’s 2020 NASCAR season was one for the books as he scored many firsts on track for himself and Elliott. During a season with many ups and downs, the crew chief collected his first victory at his home track during the inaugural DAYTONA Road Course event in August. Gustafson and the No. 9 team concluded their storybook year at Phoenix Raceway with a championship-winning performance. This marked the crew chief’s first career NASCAR Cup Series championship and cemented Hendrick Motorsports’ 13th title. The team wrapped up the season with five wins, 15 top-five finishes and 22 top-10s.

The 2021 season nearly ended with back-to-back championships for Gustafson and Elliott. Gustafson led the team to victories at Circuit of The Americas and Road America, locking them into the playoffs for the sixth consecutive season. The team’s solid performance in the playoffs earned them a spot in the Championship 4 for the second year in a row. Coming up just short of the title, they ultimately finished the year fourth in the standings. Gustafson and the team ended the year with two wins, 15 top-five finishes and 21 top-10s, with nearly 1,000 laps led.

In 2022, Gustafson and the No. 9 team set the pace in the newly introduced Next Gen car with a series-high five victories – Dover Motor Speedway, Nashville Superspeedway, Atlanta Motor Speedway, Pocono Raceway and Talladega. They earned the regular-season championship, which solidified their spot as the top seeding to start the 10-race playoffs. After advancing to the Championship 4 for the third consecutive year, they ultimately placed fourth in the standings. The veteran crew chief’s season tallied five wins, 12 top-five finishes, 20 top-10s, 857 laps led, and his team topped the series with an average finish of 12.5.

Over the last 18 years as a crew chief for Hendrick Motorsports, Gustafson has garnered an impressive 38 wins, 187 top fives and 321 top 10s.